Trends in IT Data Center Cooling

Data centers are some of the most energy-intensive of all building types, gobbling up 10 to 50 times the energy per floor space of the typical commercial office building, according to energy.gov. Combined, data centers represent approximately 2% of total U.S. electricity use.

Much of that 2% is dedicated to keeping servers from overheating. Some reports show that around 40% of a data center's energy consumption goes into powering its cooling and ventilation systems, and those costs will undoubtedly rise as power required by servers, electric rates, and power densities all increase.

Some of the more traditional methods being widely used today are, in fact, not very efficient, and not easily scaled to address evolving data center needs.

The traditional method for heat removal from the data center is to use perimeter cooling units that push cold air up through a raised floor, with no containment (e.g., partitions or air blocks). With this method, air conditioners bring cold air into the space and mix with the hot air being generated in order to eliminate hot spots and bring the space to the appropriate temperature. This method is effective only as long as the energy used to power climate control systems is significantly less than the installed IT equipment’s energy consumption.

But, with installation densities approaching, or even exceeding, 20kW per footprint, the traditional approach to climate control is not enough – with more and more heat being rejected into the data center space, powering all the fans required to support increased thermal loads can become cost-prohibitive.

There are solutions, however, that do a better job of cooling and are more cost-effective – for today and to support future higher installation densities.

Today’s most efficient systems intentionally target the heat in the data center space, the rows of racks, or individual footprints. Targeted heat removal strategies minimize mixing of air in the IT space by locating the climate control systems much closer to the sources of heat. This approach is scalable, too, making it possible for data centers to cost-effectively accommodate higher-density installations.

The primary difference between room, row and rack-based cooling is in how they distribute and control airflow to the sources of heat.

Unlike the traditional “no-containment” cooling method that mixes hot and cold air to achieve the right temperature, today’s room-based cooling uses a cold-aisle/hot-aisle orientation to direct airflow for maximum efficiency.

Drawbacks: With this method, airflow can be restricted by the space itself or objects within the space, such as ceiling height, rack layout, obstructions and more. Additionally, some of the air pathways from the computer room air handler (CRAH) miss the heat source entirely and return to the CRAH without having applied cool air to it, leaving some CRAH capacity unused.

Best application: Uncontained room-based cooling is often indicated for new data centers, and HAC can prevent the issues mentioned above. In existing data centers with room-based raised-floor cooling, CAC is often recommended because it’s easier to implement than HAC.

Cost: The room-based method can be the least expensive of all discussed in this post, because fewer cooling units are needed compared to other methods, and less piping is needed to direct air. The overall costs of room-based cooling will typically decrease when power density increases – if the data center’s overall footprint gets smaller due to that increased density.

Energy use: Room-based cooling that doesn’t use aisle containment could consume more energy because the system must move more air over longer distances, and the CRAH units need to mix the air within the room to prevent hot spots. Using HAC to contain and target heat can reduce energy consumption.

A row-based cooling design delivers cooling closer to the actual needs of specific rows. Sometimes referred to as in-line or in-row cooling, this method is typically more efficient than room cooling because the paths of airflow are more predictable than when using room-based systems – they’re shorter and more clearly defined. Because the airflow length reduces the fan power required of the CRAH, efficiency is increased.

In this method, CRAH units are dedicated to racks, and can be mounted directly to or within the IT racks. Airflow paths are even shorter than those in row-based cooling, and the flow of air is not affected by objects within the room or by room constraints (doorways, windows, ramps, etc.) Because of this, all of the capacity of the CRAH can be utilized, allowing for power densities of up to 50kW. The reduced length of airflow paths length also reduces the power needed for the CRAH fan, further increasing efficiency.

Drawbacks: This approach requires a large number of air conditioning units and more piping compared to the other approaches, especially at a lower density.

Cost: The cost of rack-based cooling is higher than room-based and row-based at lower rack densities because of the increase in the number of cooling units.

Energy use: Rack-based cooling costs are higher at low densities due to the increase in the number of cooling units, which require more power consumption to move air and water. As rack power density increases, energy costs decrease.

Room-, row- and rack-based cooling systems are all appropriate for different data center requirements; generally speaking, though, row- and rack-based systems are suited to high-density installations, and room-based for cooling (with containment) of larger data centers. To understand which type will be most efficient for you today and into the future – as densities and energy costs increase – seek the guidance of an expert in enclosures and cooling systems to help you identify the right solution for your needs.

If you are considering increasing installation densities, row based components will get you to the higher densities. Providing systems to support row or rack based climate control, Rittal Liquid Cooling Package (LCP) is at the forefront of new technologies, bringing customers the best combination of engineering, flexibility and efficiency. Download our guide, “Liquid Cooling Package LCP Cooling Systems” to learn more about the advantages of our row-based and rack-based systems. 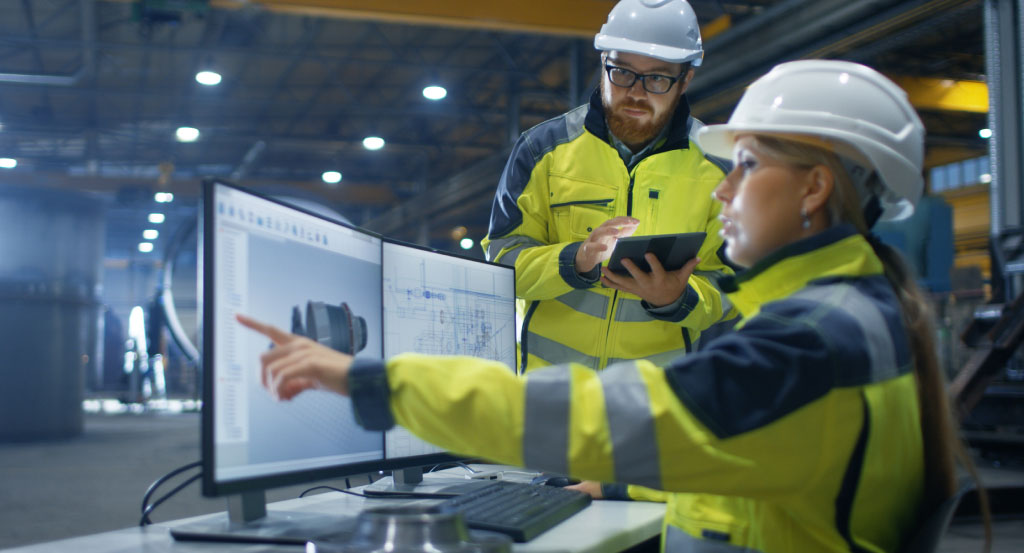