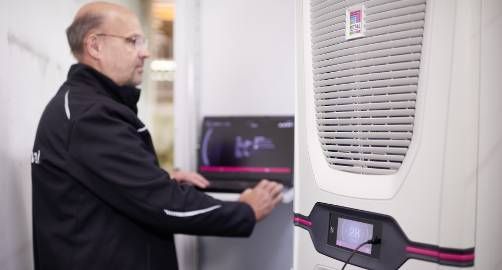 Cologne Ford engine plant shut down a number of times in one year due to defective cooling units. As a result, Ford immediately accepted Rittal’s offer to carry out a manufacturer-independent inventory of all the cooling units and to identify potential energy savings. The analysis by Rittal’s service specialists showed the urgent need to repair and replace 11% of the cooling units installed. In addition, Rittal drew up a comprehensive energy efficiency calculation, which resulted in savings of more than half a million euros within 10 years, with a payback period of just 2.4 years for the investment in the new cooling units.

Over 220 cooling units from different manufacturers put to the test

The Rittal technicians checked the maintenance status of more than 220 cooling units at the Cologne Ford factory, both Rittal climate control units, as well as third-party equipment. They checked the cooling unit components for dirt accumulation, damage and bearing noise. Then they drew up a maintenance checklist and made a number of improvement suggestions. Analysis showed that of the 220 enclosure cooling units installed, 25 were defective and needed to be repaired or replaced. The majority of these systems were competitor products with an average age of just five years.

At the same time as they were performing the service check, the Rittal team set up a practice-oriented test facility at the engine plant. From July 2016 onwards, the 2.6-kilowatt Rittal Blue e+ cooling unit was compared with a 2.5-kilowatt cooling unit from a competitor. Initial findings show that the Blue e+ unit offers energy savings of 88.9% compared to the third-party system.

Based on the data collected, Rittal compiled a comprehensive efficiency calculation for the Ford plant in Cologne. Replacing 150 cooling units with Rittal “Blue e” and “Blue e+” systems would make it possible to achieve savings of more than €552,000 (almost $650,000 US) and 276.3 tons of CO2 over a useful life of ten years. Deducting the investment sum would result in a brief payback period of just 2.42 years, clearly less than the 3.5 years required.

Its efficient products and consulting service have helped Rittal to get closer to being included in the technical delivery specification again with its cooling units. This represents a major endorsement for the Rittal service team and their new consulting services. 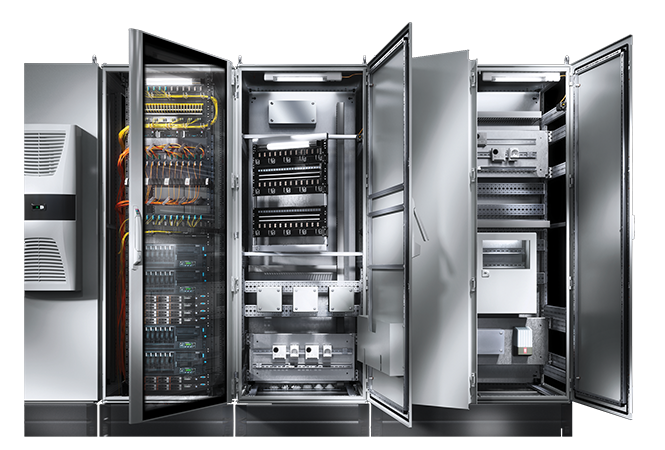 How Modular Enclosures Support Speed to Market In The Logistics Industry